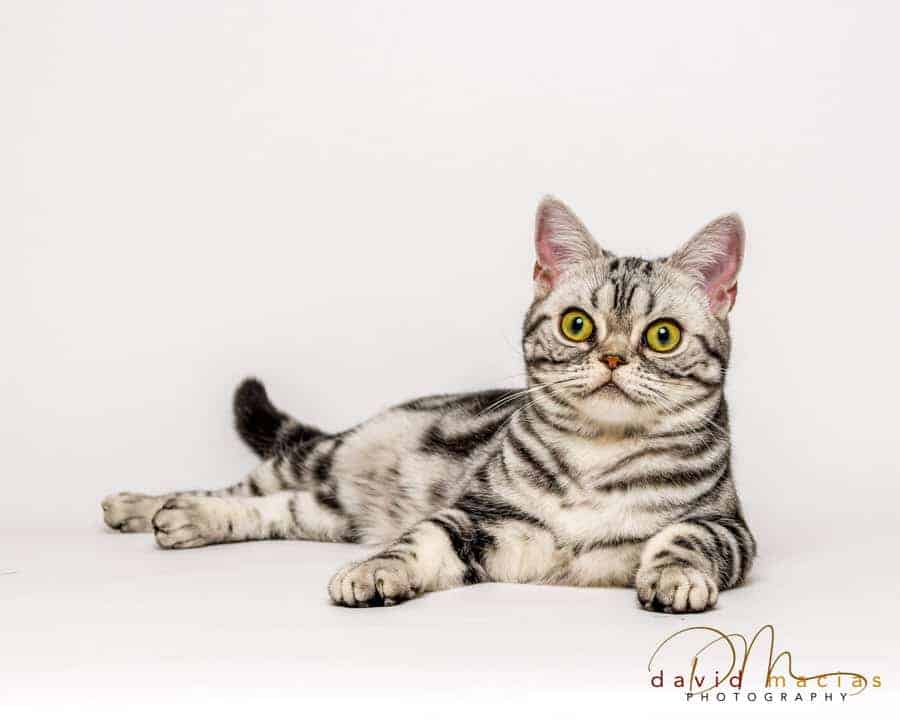 The American Shorthair is a medium to large cat. It arrived in America by early settlers. They brought them to keep mice and rat population under control.

Soon it became America’s own cat and developed into a full time working cat.

Because of its closeness to its human companions, the American Shorthair cat became a very sociable and adaptable cat. It’s incredible mousing abilities earned him the title, a “must have cat.” Farms would find themselves lost without these great mousers. Soon store outlets and homes acquired them for the same purpose. It’s menu included mice, rats, squirrels and chipmunks.

More American Shorthair Facts. They became fashionable to own. This very sociable, incredibly beautiful cat was very accepting of other pets and children. Soon it found itself in urban homes. It became the companion we see today, lovable, affectionate, active, and sociable.

Today there are over 210 different color variations. The American Shorthair is known to have the longest life expectancy of any purebred cat. They are also very healthy and have few health issues. Being an active cat, they will soon become your entertainment. They’re very trainable and can be trained with a harness to go for walks. They also like to keep you company and visit pet friendly locations.

Below are some interesting American Shorthair Facts on this precious cat. 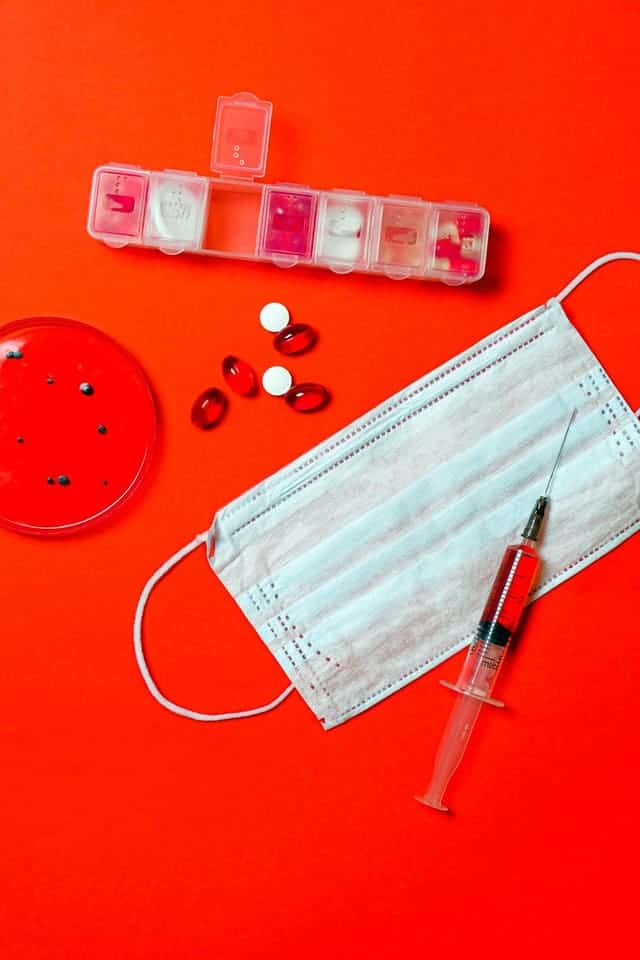 Your cat and the flu

Let’s dive into this subject and find the many common myths and misconceptions out there regarding this very subject. We want to get down to the nitty-gritty of what our cats can catch from us and what we can give to them. Because let’s face it, we love to snuggle and stay warm under our cozy blankets when sick. This is an open invite for our cats to want to come and snuggle in with us. But, is it really healthy for us to be snuggling with our four-legged friends? Or could we pass this human flu onto our cat? That is the very thing we want to explore today, Your cat and the flu.

Studies have shown that you cannot catch a cat’s flu. A cat’s flu is not actually caused by the influenza virus but is a viral infection. The flu that humans get is caused by influenza A, B, and C. However, the cat flu is still a virus, meaning that antibiotics will not help treat it. Some people don’t understand the difference between a virus and a bacterial infection. A virus is not treatable by antibiotics. 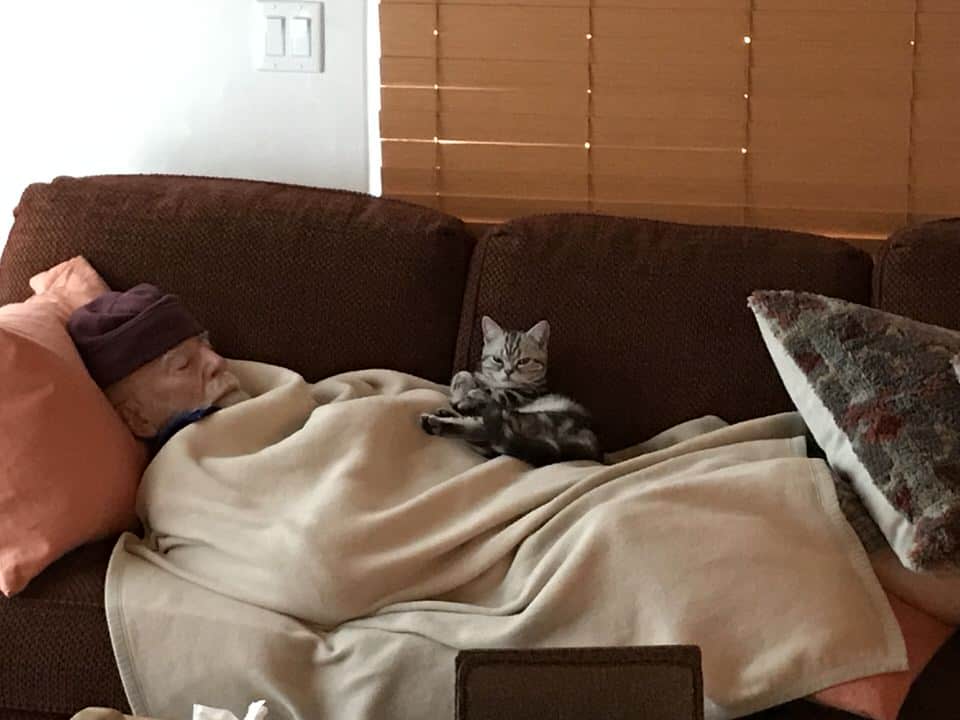 Your cat can catch your flu! 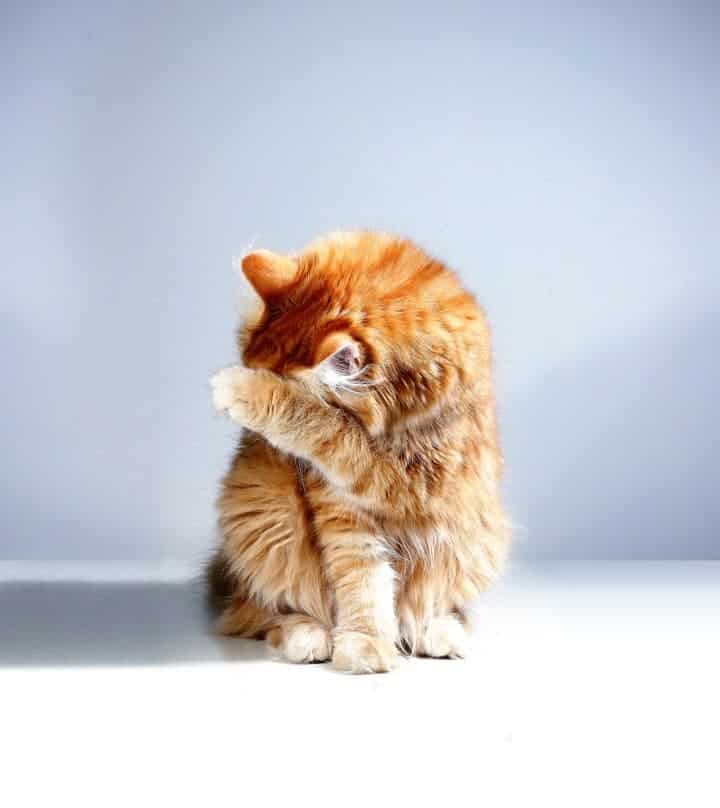 It is thought that our animals can catch our diseases. In fact, that is why there are so many mutations of a virus. While you are down with the flu, you should avoid the cat as much as you avoid other family and friends. This will help you not spread the virus from you to your cat.

However, there is yet another step that you might consider as well, this is that the cat’s fur could carry the virus to other family members as well. Think about it, when you sneeze or rub your eyes, you could be picking up the virus and potentially putting it on the cat. It is important that you are constantly washing your hands and avoiding contact with your cat. Your cat and the flu are not a good mixture. However, it is hard sometimes to get the cat to understand. Especially if you are an on the go person that is now laying there, basically asking for them to lay on you.

Typically, your cat’s flu and your flu have pretty much the same symptoms. For the most part, you will just need to stay in and rest. Be sure stay hydrated and get plenty of fluids and always have fresh water out for your cat as well. To get even more fluids into them, you might moisten their food too. Sometimes the flu can turn into a bacterial infection such as pneumonia or a sinus infection. This typically is followed up by green phlegm in both you and your cat. When looking at your cat and the flu, these are some similarities. If the cat has green phlegm, this is a good indication that you should probably see the vet. Bacterial infections can be taken care of with antibiotics.

Make sure you know who the cat has been in contact with. It may not have been with you. In fact, they may not have had contact with anyone but you. However, we carry germs from the outside in on our clothing and shoes. These germs can reach your cat, but they simply coexist with you. This is not to make you paranoid, but just aware. There are many reasons for a cat to get sick and just because they didn’t seem exposed, they certainly could have been. 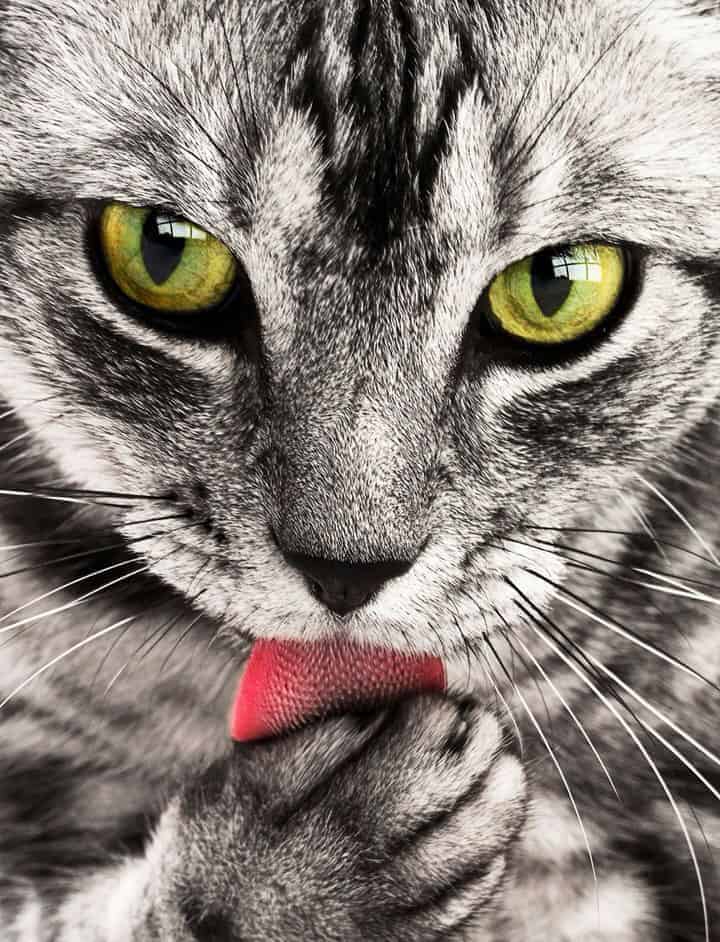 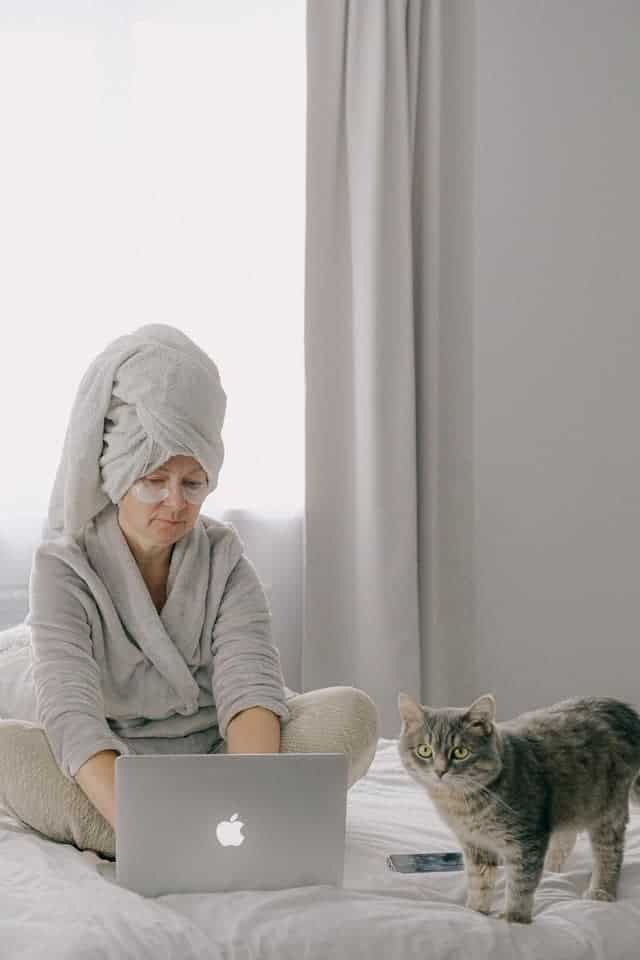 Cat flu comes from other cats. However, that doesn’t mean that your cat has to be exposed to other cats. In fact, like all flu cases, the cat could catch it from being around you. And, some cats that are carriers of the disease have no symptoms at all. This is important to note so you can further understand your cat and the flu. Cats release the flu bug in tears, saliva, nasal secretions and even in their urine. It can survive in most environments for up to a week. Because it is transmitted by saliva, most cats that are sick will have the virus on their fur. Be sure to always wash your hands well before touching another cat. When looking for signs notice there are similarities to spreading the disease. Always wash the hands well and often. And, washing clothing is also important. Good hygiene isn’t just for the vain but it is to keep you and those around you healthy.

To read more about caring for your American Shorthair cat click here.